Over the years, I’ve had the opportunity to work with two good “bosses” – but not every employee is as lucky as I was. I’ve experienced the good and seen the bad. I refer specifically of those employers who want nothing to do with helping to guide/counsel/train their staff…yet demand very high, sometimes unrealistic expectations from them. They insist on perfection instead of excellence; make zero attempts to communicate, remain inflexible and persistently “manage” with power and control instead of guidance and leadership. Then they wonder why they have a revolving door of staff. Instead of looking inward to find solutions, a more common rationale is…“Good staff are hard to find in this area,”…yet, coincidentally, another podiatrist six blocks down seemed to have triumphed over that debatable barrier.

I started thinking of some of the more familiar good and bad “on screen” bosses that we’ve been exposed to. The good ones make you smile…George Bailey in “It’s a Wonderful Life,” Sheriff Andy Taylor in the Andy Griffith Show and how about Jack Warden’s character in “Big” - dancing on the floor piano with employee Tom Hanks? Who wouldn’t want to work for them? The bad bosses were bad in so many different ways…intolerable, mean, slimy, clueless…among them were Ebenezer Scrooge in a “Christmas Carol”, Dabney Coleman as Franklin Hart in “Nine to Five” and perhaps the most obnoxious space cadet boss, Bill Lumbergh, in the classic “Office Space.” “Yeeaahhhh, thaaaannnks.” Keep in mind that bad bosses are not limited to men. Meryl Streep and Sigourney Weaver’s characters in “The Devil Wears Prada” and “Working Girl”, respectively were just as obsessed with power trips. Help me out…what other “good and/or bad” bosses from movies and TV fame can YOU think of? Which ones can you relate to?

“Success is the sum of small efforts REPEATED...Day in and Day out!"
- Robert Collier 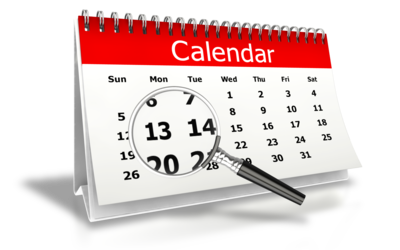 Change is never easy, but face it - if your practice is not moving forward, it’s either sitting still or… yikes, in reverse! A simplified “SWOT” analysis examination of your workflow allows you to reorganize those systems.

"Managing my pratice is exhausting! I just want to practice podiatry and take care of my patients!" Learn how to do it with fewer headaches, less stress and more time for patient care.

Putting out "fires" in Your Practice
This was definitely not the kind of day you expected when getting out of bed this morning. You planned to treat patients and improve lives, not dowse fires all day. It is no surprise to have occasional problems throughout the day. That’s Murphy’s Law. However, when 80% of your day is spent putting out office fires, leaving only 20% to focus on productivity, you need to do something – quickly – before those flames burn out of control.